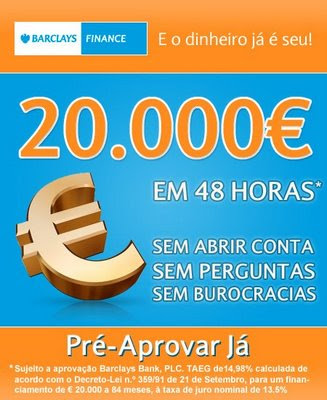 Ignore credit snobs. It is no sin to profit from lending to the poor
JAC
IN DANTE'S “Divine Comedy”, usurers are consigned to a flaming desert of sand within the seventh circle of hell. Attitudes have since softened a bit. Microcreditors, who offer small loans to self-employed poor people, enjoy hallowed reputations. One has even ascended to the rank of a Nobel laureate. But lending to the poor is still considered distasteful whenever it is pricey, short-term and profitable. In America, for example, many activists are quick to damn “payday” lenders, who may charge high fees for offering cash advances on a worker's next pay cheque.

Why this hostility? To profit from lending to the poor, critics say, is to prey on the most vulnerable, at their most vulnerable moment. Faced with desperate customers, loan sharks can charge well over the odds, even when the risk of default is slight. The money they proffer is often squandered on spurious consumption, critics say, rather than productive investments that would help the borrower repay his debts. Easy credit thus tempts people into a damaging spiral of indebtedness.

That may be enough for Dante. But economists take a bit more convincing. If loans hurt the poor, why do they take them? Surely they are capable of looking after their own interests. Alex Tabarrok, an influential economics blogger, thinks the anti-usury lobby are “credit snobs”, who think that credit is something only the rich can handle.

Some critics of usury appeal to psychology not snobbery, however. The “behavioural” economists have shown that people's decisions often conflict with the plans they had laid for themselves. When planning for the future, people are willing to defer gratification, forgoing smaller, earlier rewards in favour of bigger, later ones. But when choosing in the present, they give up huge future benefits for immediate gratification. If they anticipate their own weakness, people may quite rationally chop up their credit cards, or tie money up in illiquid assets. It is the financial equivalent of avoiding restaurants with irresistible desserts.

Some governments have concluded that by denying expensive credit to the poor, they would be doing them a favour. In America, many states have crimped payday lending by imposing anti-usury laws or restrictions on lending terms. In Japan, interest-rate caps have, in effect, wiped out much of the formal consumer-lending industry.

In poorer countries, governments are ambivalent. On the one hand, they are anxious to subsidise microfinance, extending small-business loans further than the market allows. But they take the opposite attitude towards consumer credit, imposing interest-rate caps that stop lenders reaching as many people as they otherwise might. South Africa this year tightened curbs on reckless lending and overborrowing.

Widening the circle
Is the South African government right to think that credit has gone too far? Rather than relying on theology or theory to answer this question, a recent working paper offers some rare evidence. Dean Karlan, a Yale economist who is co-director of the Financial Access Initiative, and Jonathan Zinman, of Dartmouth College, studied a profit-seeking lender that served some of South Africa's poorer neighbourhoods. Suspecting that its credit standards were too strict, the lender was willing to experiment with a looser provision of credit. It asked its loan officers in Cape Town, Port Elizabeth and Durban to reconsider 325 out of 787 applicants who had narrowly missed out on approval for a loan. The lucky 325 were chosen at random—nothing distinguished them from the remaining 462, except the luck of the draw. This allowed the researchers to establish a causal link between the loan and changes in the lives of the applicants.

Most of the new customers took a four-month loan at an annual interest rate of about 200%: a 1,000-rand loan, for example, would be repaid in four monthly instalments of 367.50 rand. For the bank, the study proved the wisdom of stretching its lending limits. The new clients were profitable, if not as profitable as the borrowers already on their books. The authors reckon the bank made a gain of at least 201 rand per loan.

Did these profits come at the expense of the poor? On the contrary. Despite the demanding terms on offer, those reconsidered for a loan seemed to prosper. Six to twelve months later, they were less likely to go hungry, and their chances of being in poverty fell by 19%. Not coincidentally, they were also more likely to have kept their jobs, perhaps because the credit helped them to overcome emergencies that might otherwise have forced them to abandon their posts. About a fifth of them, for example, spent their loan on transport, such as buying or repairing a car that they might have needed to get to work.

The results were not all as happy: the authors found some evidence of higher stress, especially among female borrowers. But people also reported more control over their lives and a more positive outlook. Perhaps the easier access to credit allowed them to take a longer-term perspective, even if “longer term” is measured in months or weeks rather than the more conventional notion of decades.

Contrary to the fears of the credit snobs, the readier access to credit did not tempt the new customers into a debt trap. Over 15-27 months, those reconsidered for a loan were more likely to have a formal credit score. And this score suffered no harm as a result of their easier borrowing.

Overall, the study suggests that profit-seeking lenders do not deserve the fate Dante reserved for them. Far from tempting the poor into unpayable debt, they help them keep their jobs, put food on the table, and build up a credit history. The authors show that poor people can make good use of borrowed money, even if they sometimes struggle to demonstrate this creditworthiness to lenders. If not hell, that is a kind of purgatory.

"If loans hurt the poor, why do they take them? Surely they are capable of looking after their own interests."

Hi everyone, it's my first pay a visit at this site, and piece of writing is actually fruitful for me, keep up posting these articles or reviews.

Do you have a spam problem on this site; I also am a blogger, and I was
wondering your situation; we have developed some nice practices and
we are looking to trade strategies with others, why not shoot me an email if interested.

I do not know whether it's just me or if everyone else experiencing issues with your blog. It appears like some of the text within your content are running off the screen. Can someone else please comment and let me know if this is happening to them as well? This may be a problem with my internet browser because I've had this happen before.
Thank you